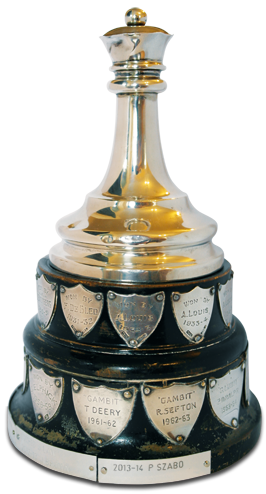 I play chess more seriously since 2012 and I am a member of the Metropolitan Chess Club in London.

The "Links & Tools" page has a PGN converter. This tool converts the evaluation values to normal values, so it can be used on Chess.com.

I play chess at Chess.com!
Crick3t

Knight Moves:
The diagram below shows how many moves does the knight need to get from one square to another.

The best position for the king is always diagonally with one square in between from the opponent's knight. Knight needs four moves to get there, which means 3 moves to give check.


Why bishop pair is better than knight pair:

Simple trap that happens every level 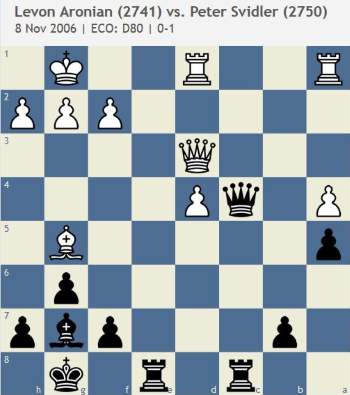 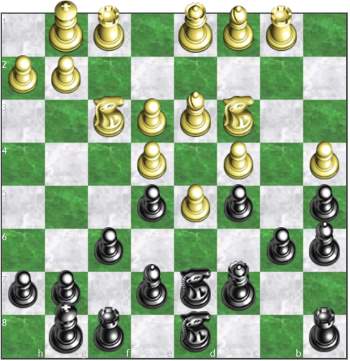 The White pawn on a4 is isolated (no other White pawn is on either side of it or can ever come into contact with it).
The White pawn on d5 is passed (no Black pawn can ever stop its forward progress).
The White e-pawns are doubled (two pawns of the same colour are on the same file).
The Black pawn on b6 is backward. The b6-pawn is unable to move forward, so that it can stand even with its brother pawns.

In general, isolated pawns and backward pawns are weaknesses. This is especially so if they stand on open files where they can be attacked by the opponent's rooks.

Doubled pawns are also considered weak, though they have certain virtues.

Most people consider passed pawns to be something nice to own, and this problem is devoted to Black stopping the White passed pawn on d5.
The knight is the best blockader of passed pawns. (Nf7, Nd6)

The following positions offer no real winning chances and could be given up as drawn:
The last two you could play out for a few moves to see if you can win the opponent's piece or mate the king, but with any kind of care it's an easy draw.

The following are drawn if the defending king is not poorly placed in a corner or at the edge of the board:

Opposition:
In simple situation, odd number of squares between the kings means the one who moves does not have the opposition (in line or diagonal)
If there is no direct line and it is white's move then white must step on a same colour square as black where the other two corners are the same then white has the opposition.


King and pawn versus king
When one side has a pawn left and the other side has nothing, the result of the game depends on the placement of the Kings.
If the defending King can get in front of the pawn he will usually draw.
If the attacker's King gets in front of his own pawn the result hinges on who has the opposition.
The rule for such situations is: Get the opposition, advance your King as far forward as possible until your pawn is in danger.

In general, if the defender's King can get in front of the pawn the game will be drawn with ease. If taking the Opposition fails to accomplish the goal of getting the King in front of its pawn, then it's useless to take the Opposition in the first place.

The rule is as follows:
Jump in front of the pawn whenever possible. When you have to move out of its way, always go straight back with your King.
The reason for this is that when the White King comes forward you can step in front of him and take the opposition. Repeat these steps until a stalemate results.

King and Rook vs. King and pawn
Always trap the enemy King as far away from the action as possible.
The attacker wants to advance his King on the opposite side of the enemy monarch while the defender wants to place his own King on the same side, so that it gets in the White King's way.
A Rook can stop two connected pawns if they are not both on the sixth rank.

King vs. King, Bishop and a pawn
This can be a draw if all of the following is true

Knight or Bishop:
At the endgame if the opponent has two pawn islands then the bishop is better.
If there is only one pawn island then knight is better. 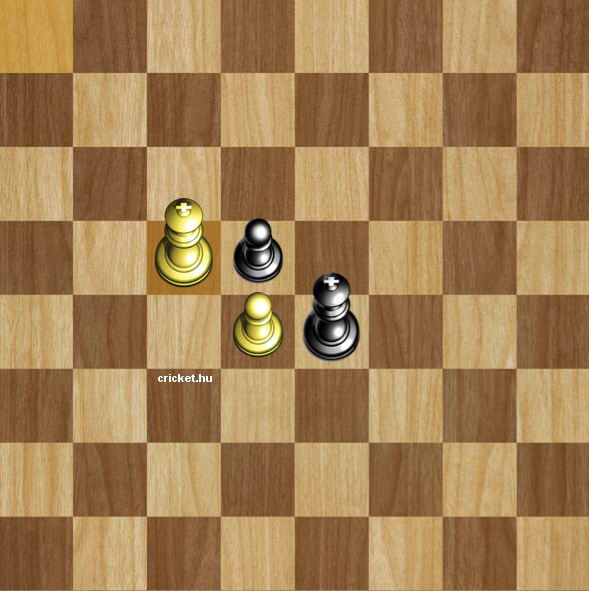 Outflanking
It is maneuver where the stronger side's King moves to the side, placing a file between the Kings (sometimes giving the Opposition to the opponent even). This allows the Outflanking King to march forward towards the target, without allowing the enemy to step in front of it and take Direct Opposition.
Example 1
Example 2